There have been several open-source implementations of Bayesian Optimization algorithms. In this post, we evaluate a couple of them $($tabulated in the table below$)$ on the COCO benchmark platform.

Results from experiments according to [6] and [2] on the benchmark functions given in [1, 5] are presented in the figures below. The experiments were performed with COCO [4], version 2.0, with an evaluation budget of 20 times the problem dimensionaliy.

The average runtime (aRT), used in the figures and tables, depends on a given target function value, $f_t = f_{opt} + \triangle f$ , and is computed over all relevant trials as the number of function evaluations executed during each trial while the best function value did not reach $f_t$, summed over all trials and divided by the number of trials that actually reached $f_t$ [3, 7].

In terms of performance, in low-dimension $(D\leq 10)$, PyBO appears to be outperforming consistently. With higher dimensions, most of the algorithms get extremely slow and algorithms like SkGP and SkGBRT seem to be a good tradeoff.

Note: The figures about 20-D and 40-D $($ and even 10-D to some extent $)$ should be considered carefully. Not all the algorithms manage to solve the probelms at the time of producing the results. E.g., Spearmint manages to solve 20-D separable functions, while the rest of the problems are not solved $($ can you see its curve is present in the separable fcts subplot but not the rest $)$. This in turn, affects its final standing in the all fcts subplot. The 2-D and 3-D plots are the only ones in which all the algorithms manage to solve all the problems. 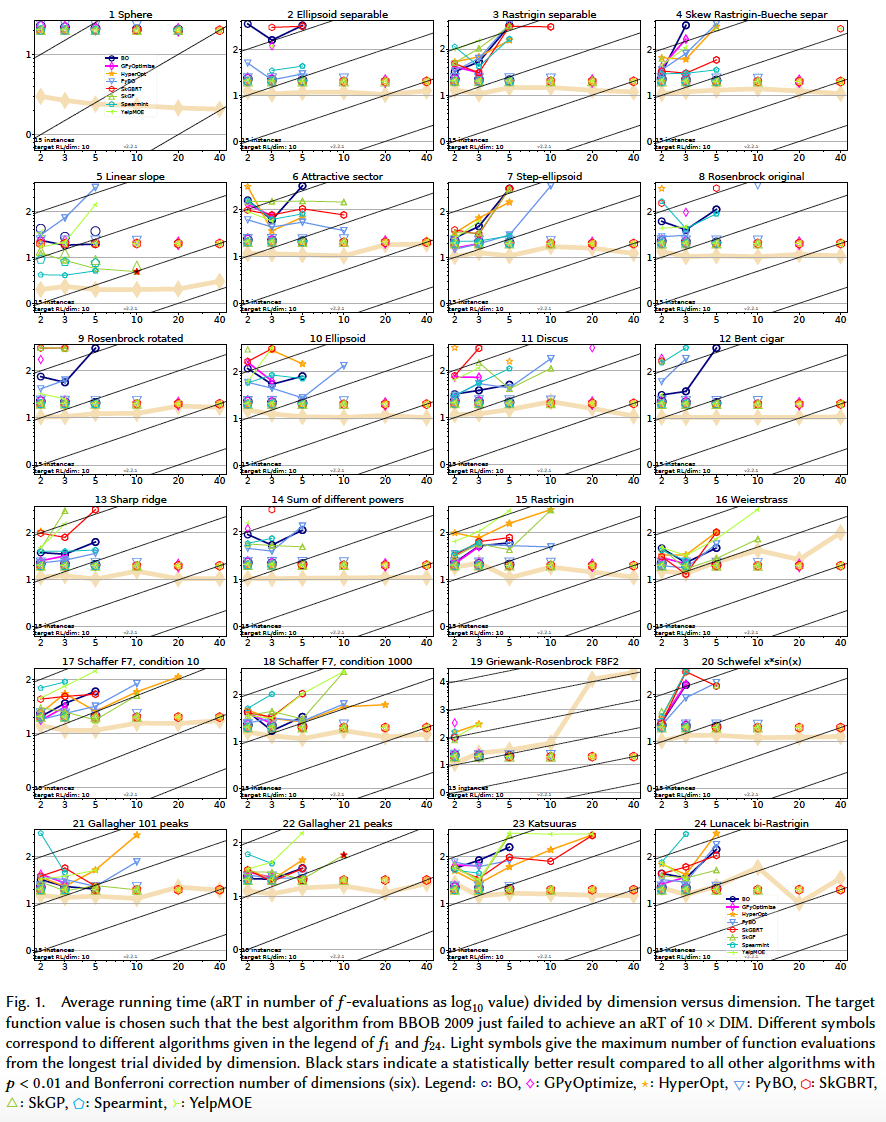 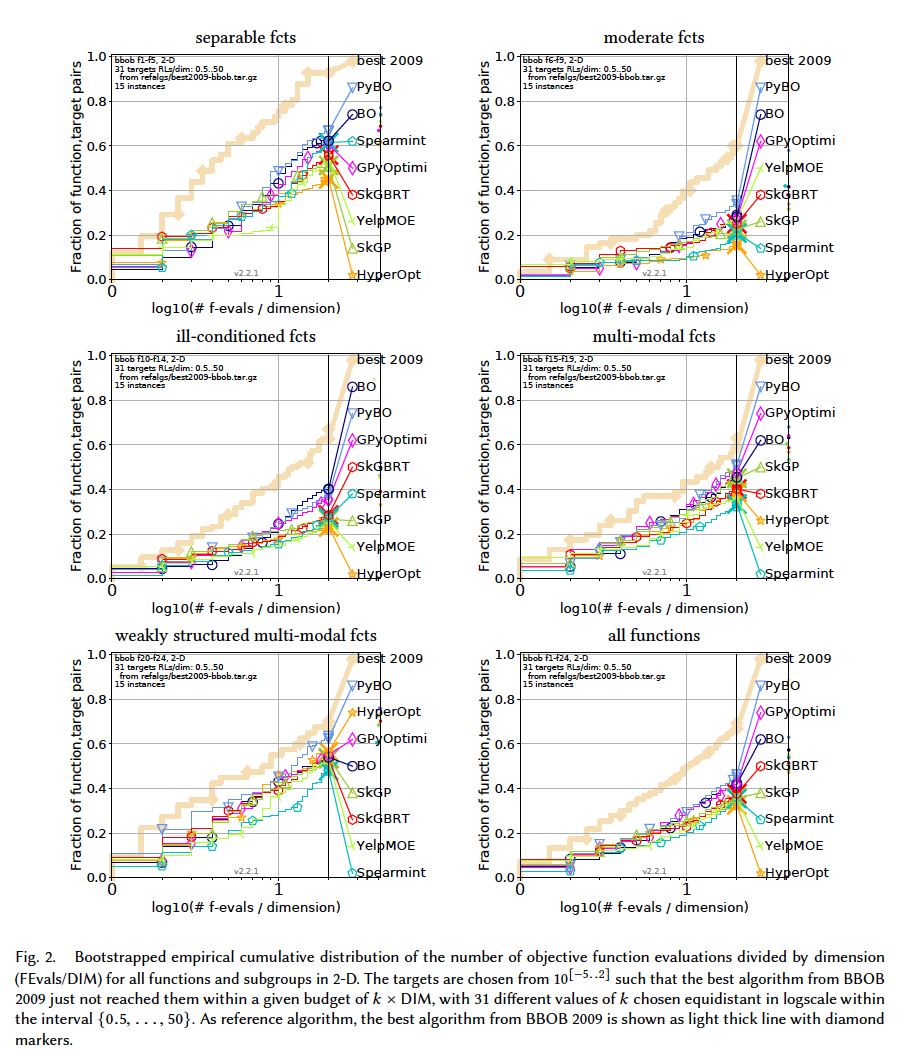 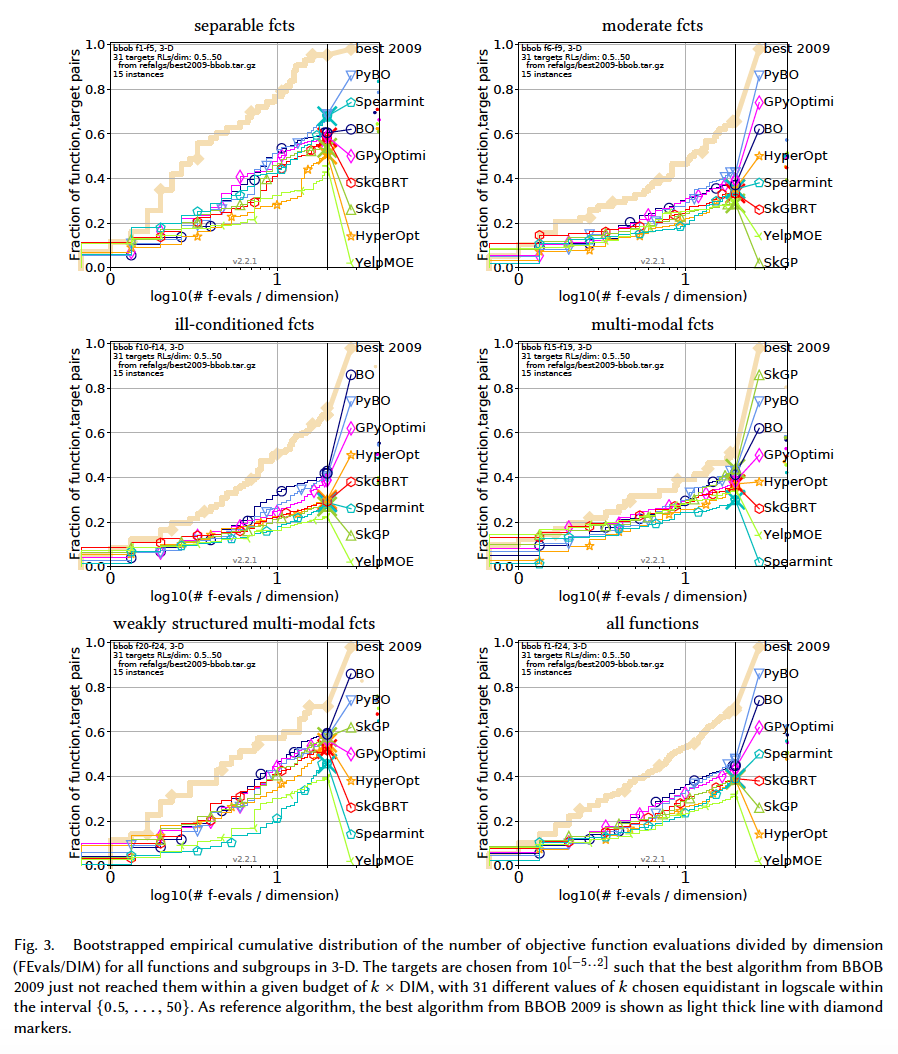 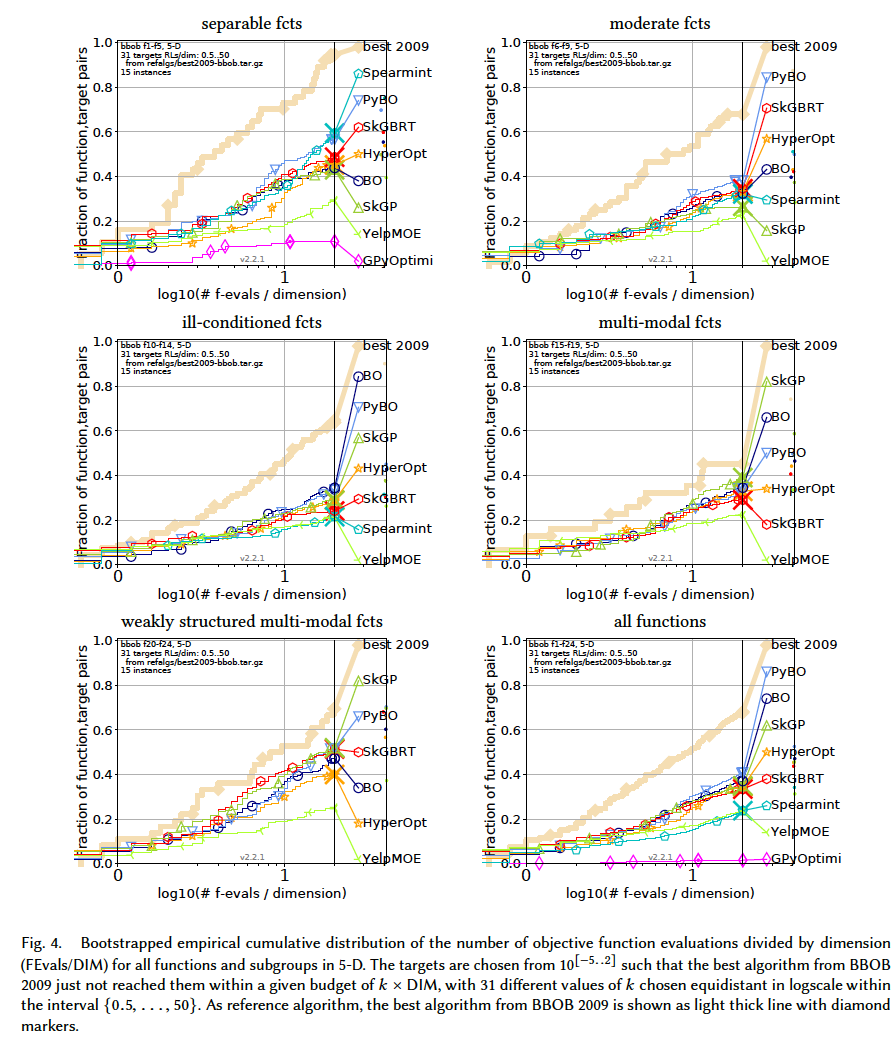 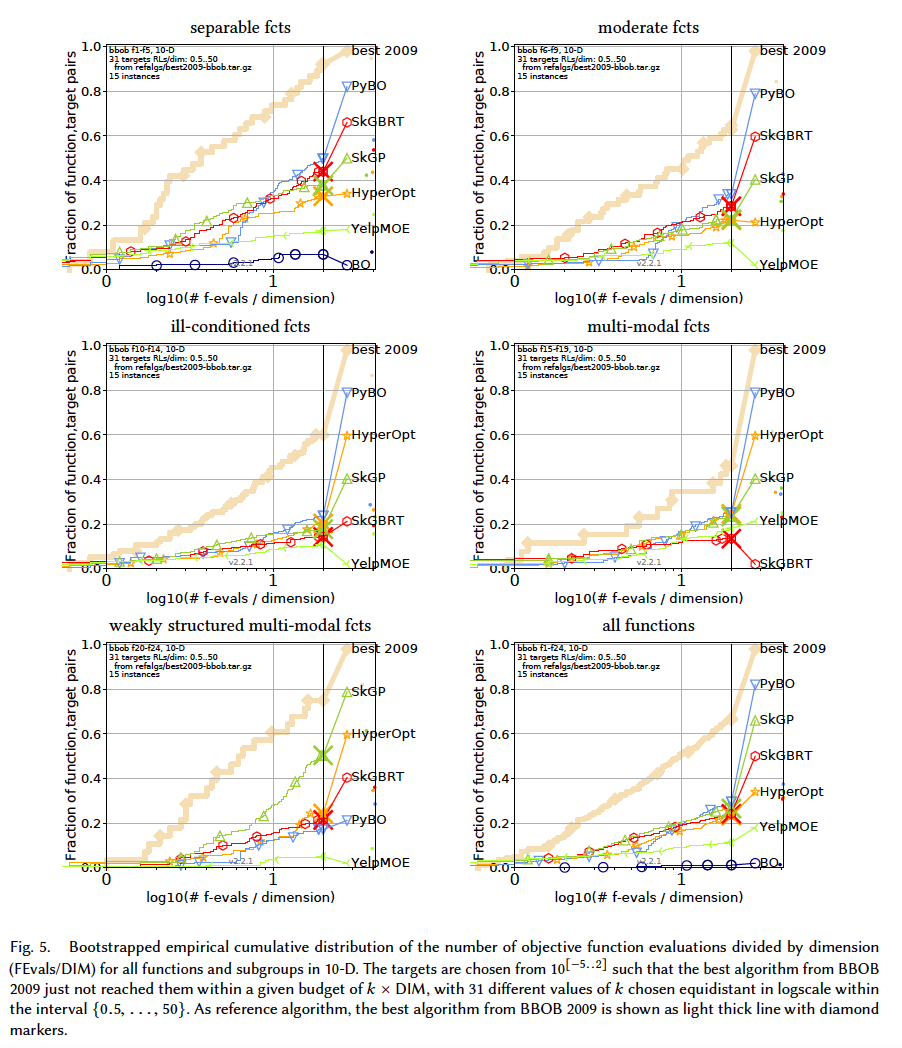 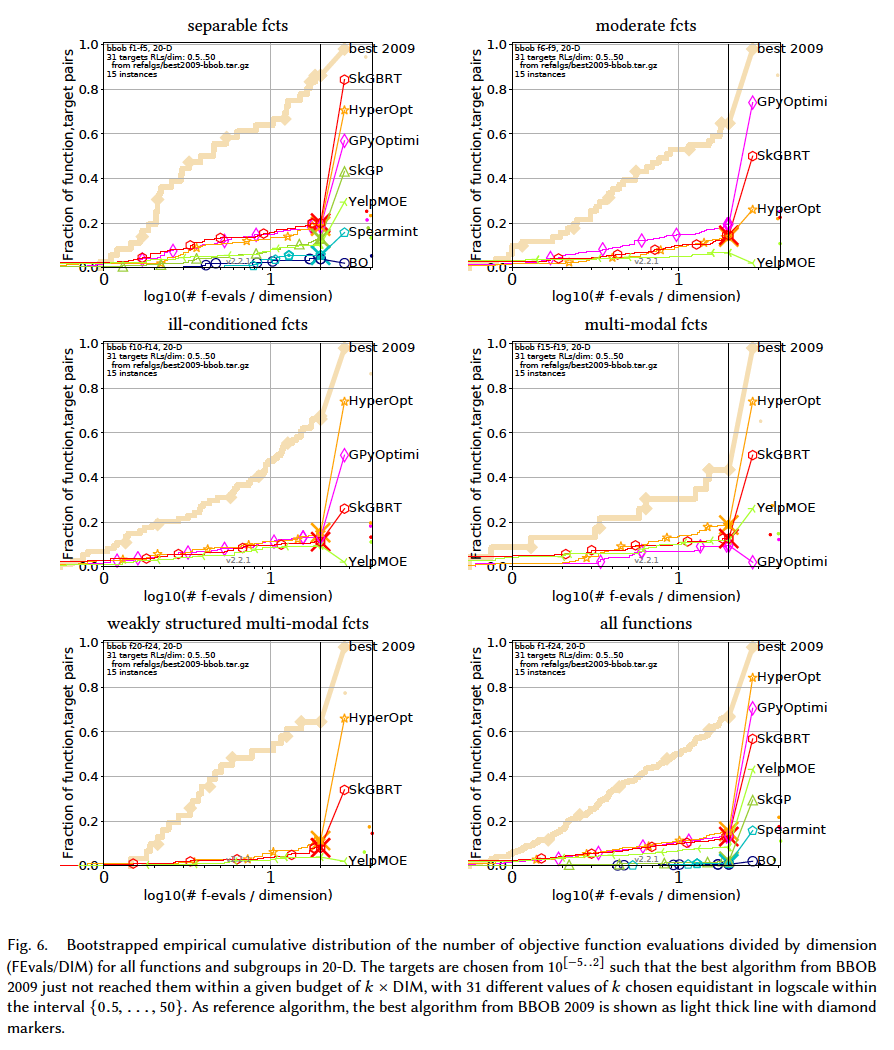