In this post, we’ll shed some light on the behavior of Lipschitz-continuous functions at random projections of the same point in another space. Consider Figure 1; we have a point in the $\mathbf{y}$ in the lower dimensional space $\mathcal{Y}$ that is projected randomly to the higher dimensional space $\mathcal{X}$ twice using two randomly sampled matrices $A_p$ and $A_q$. With this setting at hand, we are interested in the following question: is there a relation between the function values at $A_p\mathbf{y}$ and $A_q\mathbf{y}$. This has been addressed in [1, Theorem I]. Here, we provide a numerical validation of [1]’s result besides reiterating the formal proof. Before we delve into this further, let’s introduce some notation in accordance with [1]. 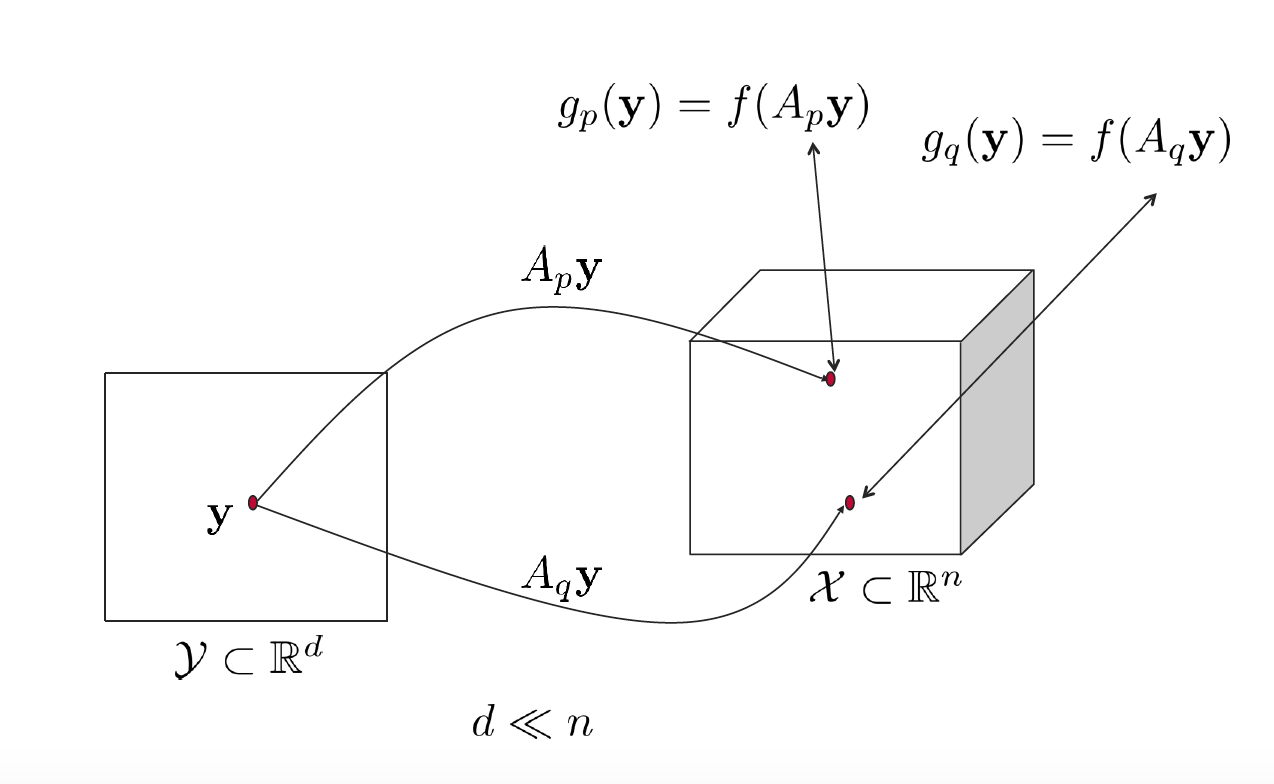 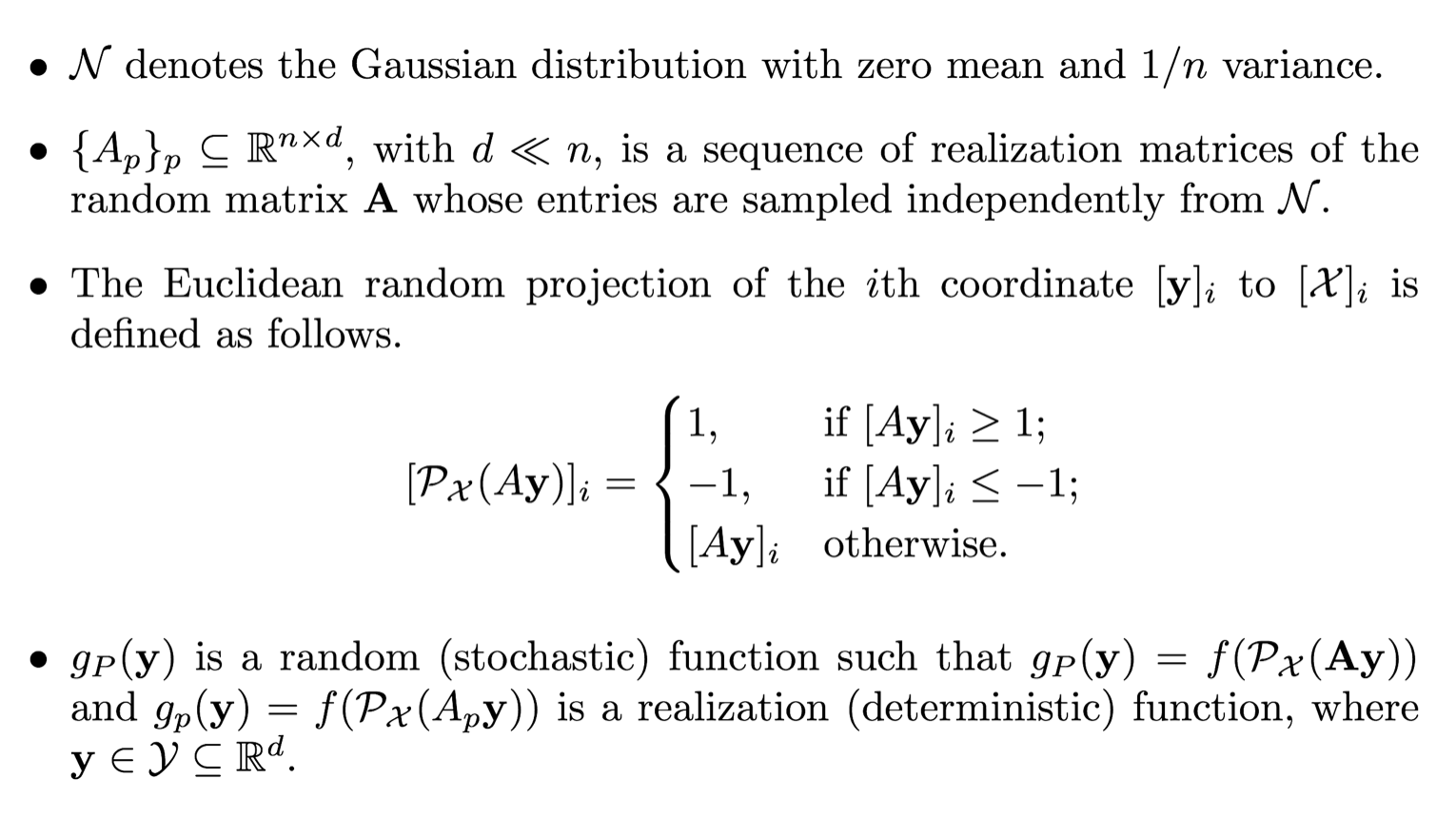 It has been shown in [1] that the mean variation in the objective value for a point $\mathbf{y}$ in the low-dimensional space $\mathcal{Y} \subset \mathbb{R}^d$ projected randomly into the decision space $\mathcal{X}\subset\mathbb{R}^n$ of Lipschitz-continuous problems is bounded.

Mathematically, for all $\mathbf{y} \in \mathcal{Y}$, we have

Here, we reproduce [1]’s proof for completeness, then we validate the theorem numerically. 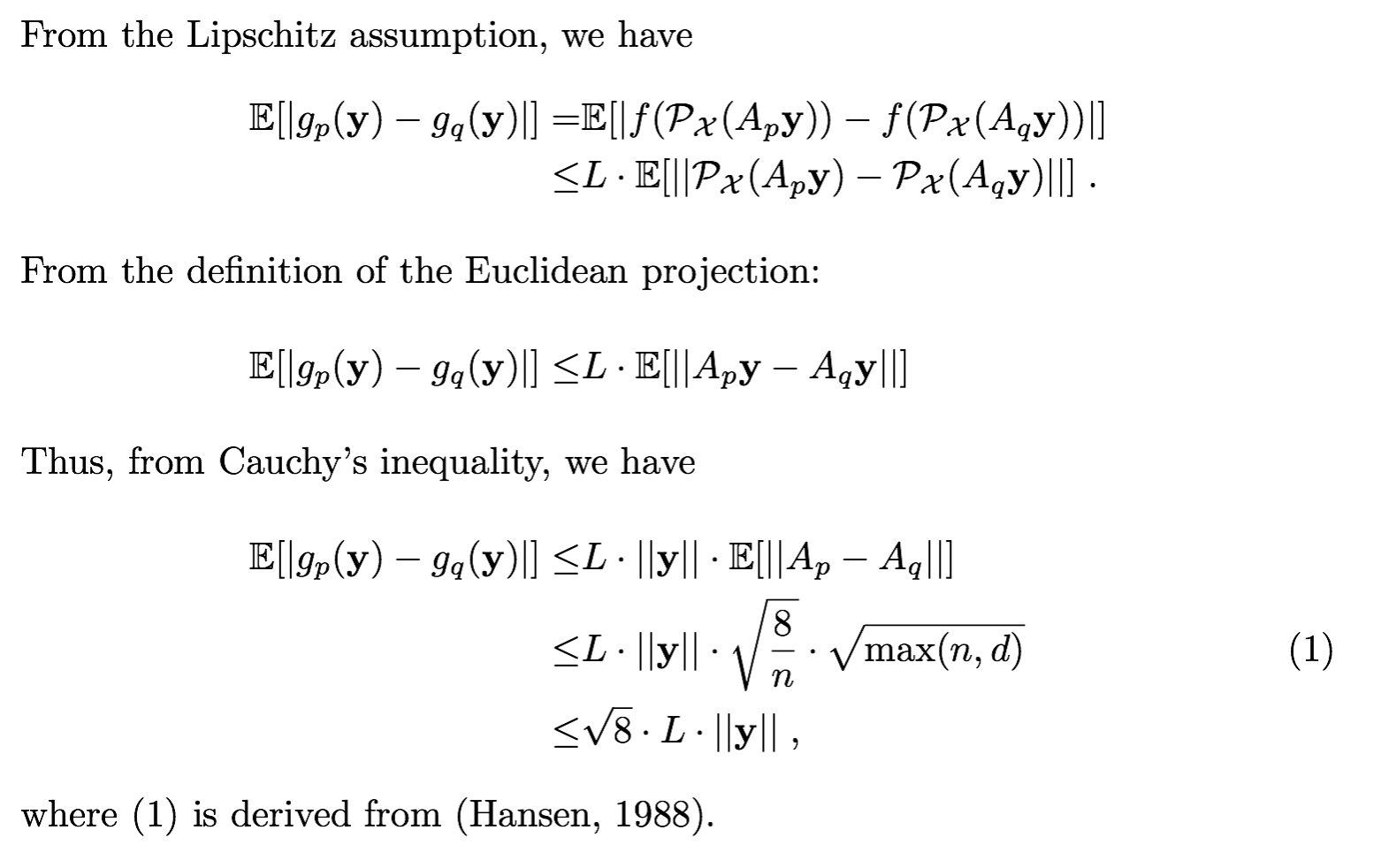 Here, we carry out a numerical validation of [1]’s Theorem I over four popular Lipschitz-like benchmark functions $($namely, Cigar, Sphere, Rastrigin, and Bohachevsky$)$.

Third, the four considered functions are evaluated at these random projections. Note that for each of these functions, $100*20$ function evaluations are performed.

Fourth, we average over the absolute difference between function values at projections of the same point $\mathbf{y}$. That is, for each of the 100 points, we compute the mean of $\frac{20*20- 20}{2}=190$ values, each of which representing the absolute difference of the function value at two random projections of the corresponding point $\mathbf{y}$.

Fifth, the computed average values are plotted as a function of the corresponding point $\mathbf{y}$ in Figure 1. One can see how the trend of the plot follows the curve of $||\mathbf{y}||$ in accordance with [1]’s Theorem I. 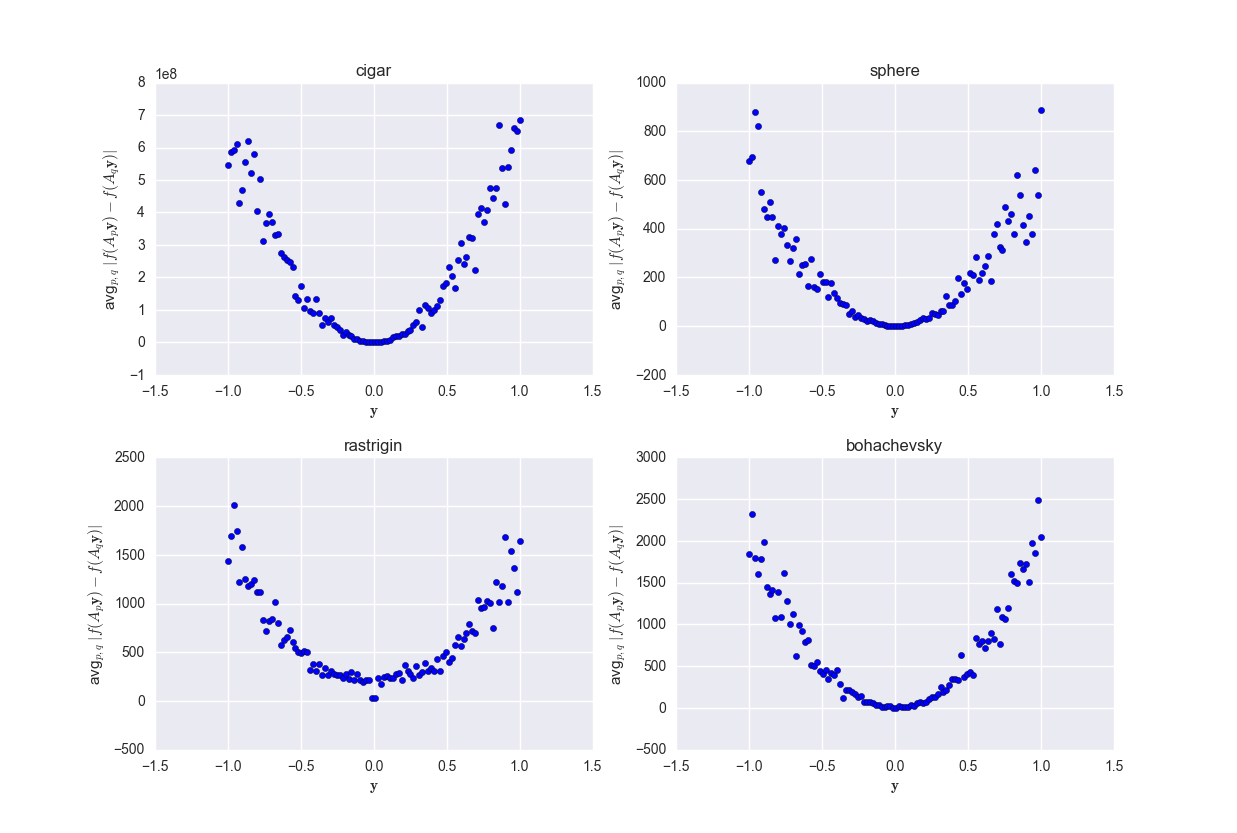